Easter Eggs for an Emperor 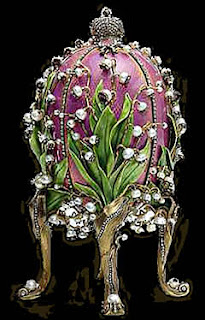 With Easter so near, I thought it would be nice to post these images of Faberge eggs. 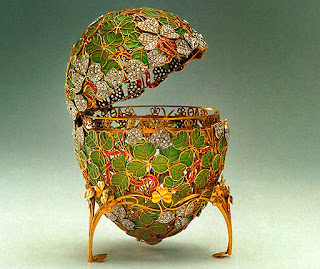 The intricate work in these tiny masterpieces just amazes me! 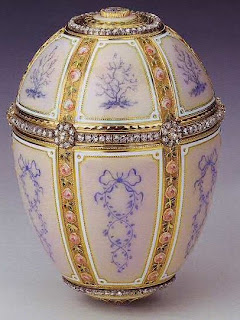 There were thousands made in his workshops between the years of 1855 and 1917. 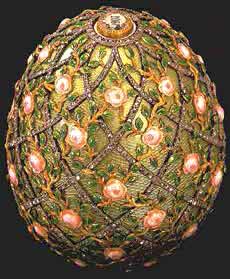 Most often these exquisite eggs were given as gifts at Easter. 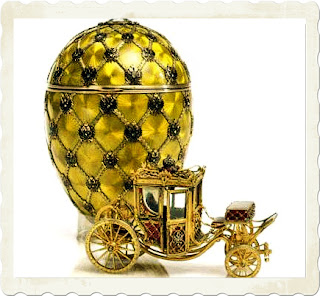 The most famous—and largest—were the 50 or so imperial eggs made
for the Tsar and his family. 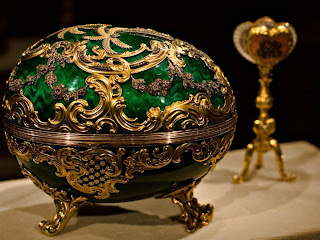 Only 42 of those beautiful eggs have survived.
The last of them, Constellation, was left unfinished. 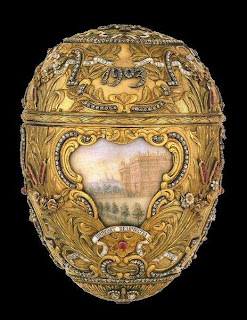 That year, 1917, the Tsar and his entire family were taken prisoner
and in 1918 were massacred. 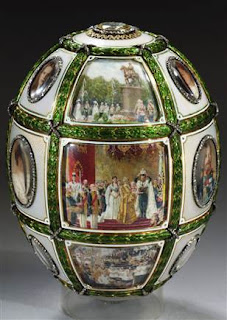 I have seen several of these at the New Orleans Museum of Fine Arts. 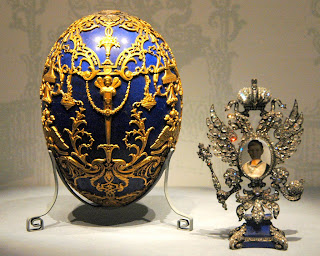 It would be nice to have just one on the table on Easter morning, wouldn't it? 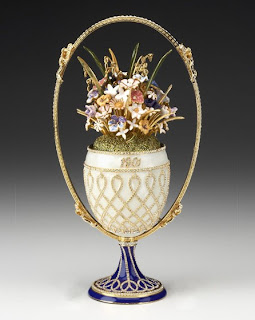 This is what I would choose!

The Lilies of the Valley egg (1898) [at the top] is a translucent pink-enameled treasure covered with gold-stemmed flowers made of pearls, diamonds and rubies. One flower, when turned, releases a geared mechanism inside to raise the fan of tiny miniatures from the top – portraits of the Czar and his first two daughters, Olga and Tatiana. Every spring, Alexandra had the rooms of the palaces filled with beautiful floral bouquets. Fabergé knew that pink was the favorite color of the Empress, and lilies of the valley her favorite flower.

Basket of Flowers (1901) [at the bottom] is owned by Queen Elizabeth II.
You can read about it here.