Well..... Talk Like A Pirate Day came and went, pretty much.  There was no time, really, to have any sort of get-together. And I was half-way to work before I realized I'd forgotten to unfurl my Jolly Roger by the front door.  But Monday is an odd day to remember anything even remotely inspiring or fun.  Still.... 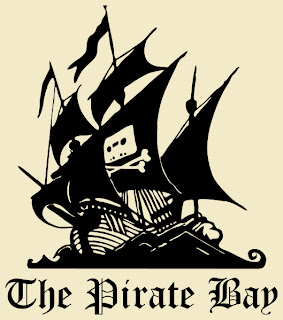 According to the official TLAP website -- yes, they have a website -- these are the five basic words that you cannot live without:
Ahoy! - "Hello!"
Avast! - Stop and give attention. It can be used in a sense of surprise, "Whoa! Get a load of that!" which today makes it more of a "Check it out" or "No way!" or "Get off!"
Aye! - "Why yes, I agree most heartily with everything you just said or did."
Aye aye! - "I'll get right on that sir, as soon as my break is over."
Arrr! - This one is often confused with arrrgh, which is of course the sound you make when you sit on a belaying pin. "Arrr!" can mean, variously, "yes," "I agree," "I'm happy," "I'm enjoying this beer," "My team is going to win it all," "I saw that television show, it sucked!" and "That was a clever remark you or I just made." Just a few of the myriad possibilities.
Once you've mastered the basics, you're ready to start expanding your pirate vocabulary:
Beauty – The best possible pirate address for a woman. Always preceded by “me,” as in, “C’mere, me beauty,” or even, “me buxom beauty,” to one particularly well endowed.
Bilge rat – The bilge is the lowest level of the ship. It’s loaded with ballast and slimy, reeking water. A bilge rat, then, is a rat that lives in the worst place on the ship. Since bilge rat is a pretty dirty thing to call someone, by all means use it on your friends.
Bung hole – Victuals on a ship were stored in wooden casks. The stopper in the barrel is called the bung, and the hole is called the bung hole.  It sounds worse than it actually is, doesn’t it? When dinner is served on TLAP day you could make quite an impression by saying, “Well, me hearties, let’s see what crawled out of the bung hole.” No doubt, that statement will be followed by the sound of people putting down their utensils and pushing away from the table.
Grog – An alcoholic drink, usually rum diluted with water, but in this context you could use it to refer to any alcoholic beverage other than beer. Water aboard ship was stored for long periods in slimy wooden barrels, and rum was added to each sailor’s water ration to kill the rancid taste.
Hornpipe – Both a single-reeded musical instrument sailors often had aboard ship, and a spirited dance that sailors do.
Lubber – (or land lubber) This is the seaman’s version of land lover, mangled by typical pirate disregard for elocution. A lubber is someone who does not go to sea, who stays on the land. More likely than not, you are a lubber 364 days of the year. But not if you’re talking like a pirate! Then the word lubber becomes one of the more fierce weapons in your arsenal of piratical lingo. In a room where everyone is talking like pirates, lubber is ALWAYS an insult.
Smartly – Do something quickly. On TLAP Day – “Smartly, me lass,” you might say when sending the bar maid off for another round. She will be so impressed she might well spit in your beer.
Speaking of moving 'smartly'.... a story comes to mind.  (Or perhaps I should call it a yarn..?)   My uncle -- who was not a pirate but was a sea captain -- was showing off his ship to my aunt.  I guess old habits die hard when you're responsible for hundreds of sailors on a huge merchant ship for long months at a time.  Whatever the reason, as she set foot on the gangplank to board, he turned and snapped at her: "Step lively, Nancy!"
I wasn't there but I hear the look she gave him was priceless.
Arrrrrrr.......
Posted by Haworth at 22.9.11 No comments:

Okay, so..  I don't really care that I have no idea how I'd get up inside this thing...
or get back out of it, for that matter. 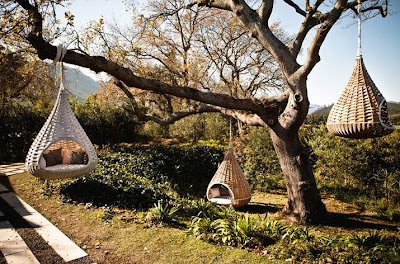 The Summer Day
Who made the world?
Who made the swan, and the black bear?
Who made the grasshopper?
This grasshopper, I mean--
the one who has flung herself out of the grass,
the one who is eating sugar out of my hand,
who is moving her jaws back and forth instead of up and down--
who is gazing around with her enormous and complicated eyes.
Now she lifts her pale forearms and thoroughly washes her face.
Now she snaps her wings open, and floats away.
I don't know exactly what a prayer is.
I do know how to pay attention, how to fall down
into the grass, how to kneel in the grass,
how to be idle and blessed, how to stroll through the fields,
which is what I have been doing all day.
Tell me, what else should I have done?
Doesn't everything die at last, and too soon?
Tell me, what is it you plan to do
With your one wild and precious life?
The Swan
Did you too see it, drifting, all night, on the black river?
Did you see it in the morning, rising into the silvery air -
An armful of white blossoms,
A perfect commotion of silk and linen as it leaned
into the bondage of its wings; a snowbank, a bank of lilies,
Biting the air with its black beak?
Did you hear it, fluting and whistling
A shrill dark music - like the rain pelting the trees - like a waterfall
Knifing down the black ledges?
And did you see it, finally, just under the clouds -
A white cross Streaming across the sky, its feet
Like black leaves, its wings Like the stretching light of the river?
And did you feel it, in your heart, how it pertained to everything?
And have you too finally figured out what beauty is for?
And have you changed your life? 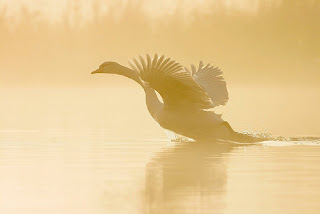 If you haven't read any poetry by this woman, stop what you're doing and find some.
Posted by Haworth at 9.9.11 No comments: